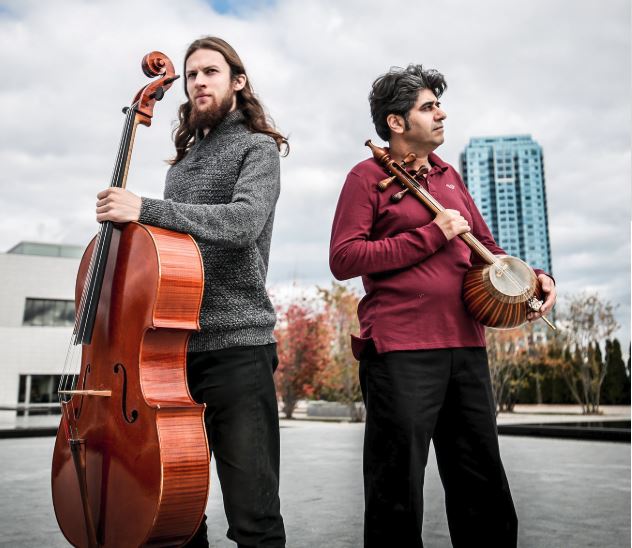 Kamancello, comprised of Raphael Weinroth-Browne and Shahriyar Jamshidi, is an East-meets-West duo whose music transcends genres and cultural boundaries. Their highly evocative improvised performances unite the Kurdish kamanche with the classical cello while travelling beyond both musical traditions. The duo has made waves with performances at Montreal's Place des Arts for Festival du Monde Arabe, the Tirgan Festival at Toronto’s Harbourfrount Centre, the Canadian Opera Company, the Aga Khan Museum’s concert series, and the Cello Biennale Amsterdam. Recorded in one take, their self-titled debut album, which includes 6 improvised pieces, has been met with unanimous critical acclaim. 2019 will see the release of Kamancello’s second full-length record as well as the group’s orchestral debut as soloists with the Windsor Symphony Orchestra.

This concert will be held in the Gothic Mausoleum at Beechwood - The National Cemetery. A wine & cheese reception is included in your ticket.

There is a limited number of spaces available for this exceptional event.

Register for events
To find out more or to buy tickets, please click here.
Back to all events
Share this: