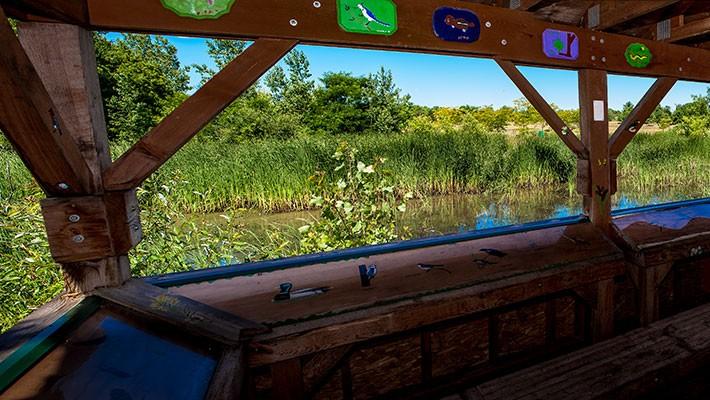 Located in the southeast section of Beechwood Cemetery, the Macoun Marsh is a unique urban wetland named after John Macoun, a pioneering Canadian naturalist buried at Beechwood. To date, over 1,400 wildlife species have been recorded at Macoun Marsh.

The magnetic attraction of the Marsh as a unique teaching tool started in earnest in 2004. Led by science teacher Michael Léveillé, students attending the St. Laurent Academy and Jean Vanier Catholic School began to visit, photograph and document the many natural wonders of the Marsh. In so doing they not only captured local attention, but the notice of the international community.

Pinegrove Productions created an educational film about the Marsh, and the Marsh spawned a number of biodiversity-related high-profile projects and events. Students from St Laurent Academy have visited various countries, including Sweden and Japan, where they have promoted the Marsh and the importance of preserving biodiversity.

In 2007, the Macoun Marsh Committee raised over $51,000 to build the Macoun Marsh Outdoor Classroom. Constructed of Western red cedar, the classroom features book platforms, seating, observation lookout and bird feeders that attract the many species of native birds that make their home in the Marsh. Native trees have been introduced to the marsh including red maple, tamarak, willow, red osier dogwood and endangered butternut trees.

Thanks to the efforts of the Macoun Marsh Committee and the support of The Beechwood Cemetery Foundation, today the Marsh is a protected area, and continues to give school children and the public the opportunity to appreciate and learn about the environment. The Foundation, with the help of committee representatives, continues to focus its efforts on preserving and enhancing the area around the Marsh for educational purposes.