A special ceremony will be held at Beechwood Cemetery in Ottawa to coincide with the 75th anniversary of the start of the Scheldt campaign, which led to the liberation of Holland and ultimate victory of the Allies.

The ceremony will feature the planting of the Liberation 75 signature tulip in the Living Tribute commemorative garden. The ceremony will be hosted by Mark Cullen, Canada’s gardening guru, Campaign Chair and co-founder of the Highway to Heroes Tree Campaign and is sponsored by Frank Cowan Company.

Please note this is the second of three events.

Background on Battle of Scheldt:

The Battle of the Scheldt in World War II was a series of military operations led by the First Canadian Army, with Canadian, Polish and British units attached, to open up the shipping route to Antwerp so that its port could be used to supply the Allies in north-west Europe. Under acting command of the First Canadian's Lieutenant-General Guy Simonds, the battle took place in northern Belgium and southwestern Netherlands from October 2 to November 8, 1944.

The Canadian Tulip Festival is a 10-day tulip festival, held annually in May in Ottawa, Ontario, Canada with over 1 million tulips displayed in Commissioners Park on the shores of Dow's Lake, and along the Rideau Canal. Canadians remember Veterans November 11th with the poppy; the Festival commemorates Veterans on Veterans Day – the Tuesday of the Festival with the tulip – a symbol of spring, hope and international friendship.

In 2014 a group of tree-loving people were inspired to transform the Highway of Heroes into a living tribute that honours Canada’s war dead -  117,000 since Confederation. In addition to honouring our troops  the   commemorative trees would clean the atmosphere, cool the environment and provide an inspired drive down an otherwise pedestrian stretch of asphalt. The Highway of Heroes Tree Campaign was developed to make this a reality.

Since that time, support has grown, as have the project’s ambitions. The 117,000 most prominent trees will be planted in honour of those who lost their lives, and in addition,  a total of 2 million trees will be planted to recognize all Canadians who have served during times of war. Already underway, tree planting events educate volunteers about sacrifices that have been made. Military personnel and veterans frequently attend these events themselves.

Beechwood Cemetery, located in Ottawa, Ontario, is the National Cemetery of Canada. It is the final resting place for over 85,000 Canadians from all walks of life, such as important politicians like Governor General Ramon Hnatyshyn and Prime Minister Sir Robert Borden, Canadian Forces Veterans, War Dead, members of the Royal Canadian Mounted Police, and men and women who have made a mark on Canadian history. In addition to being Canada's National Cemetery, it is also the National Military Cemetery of Canada, the Royal Canadian Mounted Police National Memorial Cemetery and CSIS National Memorial Cemetery. 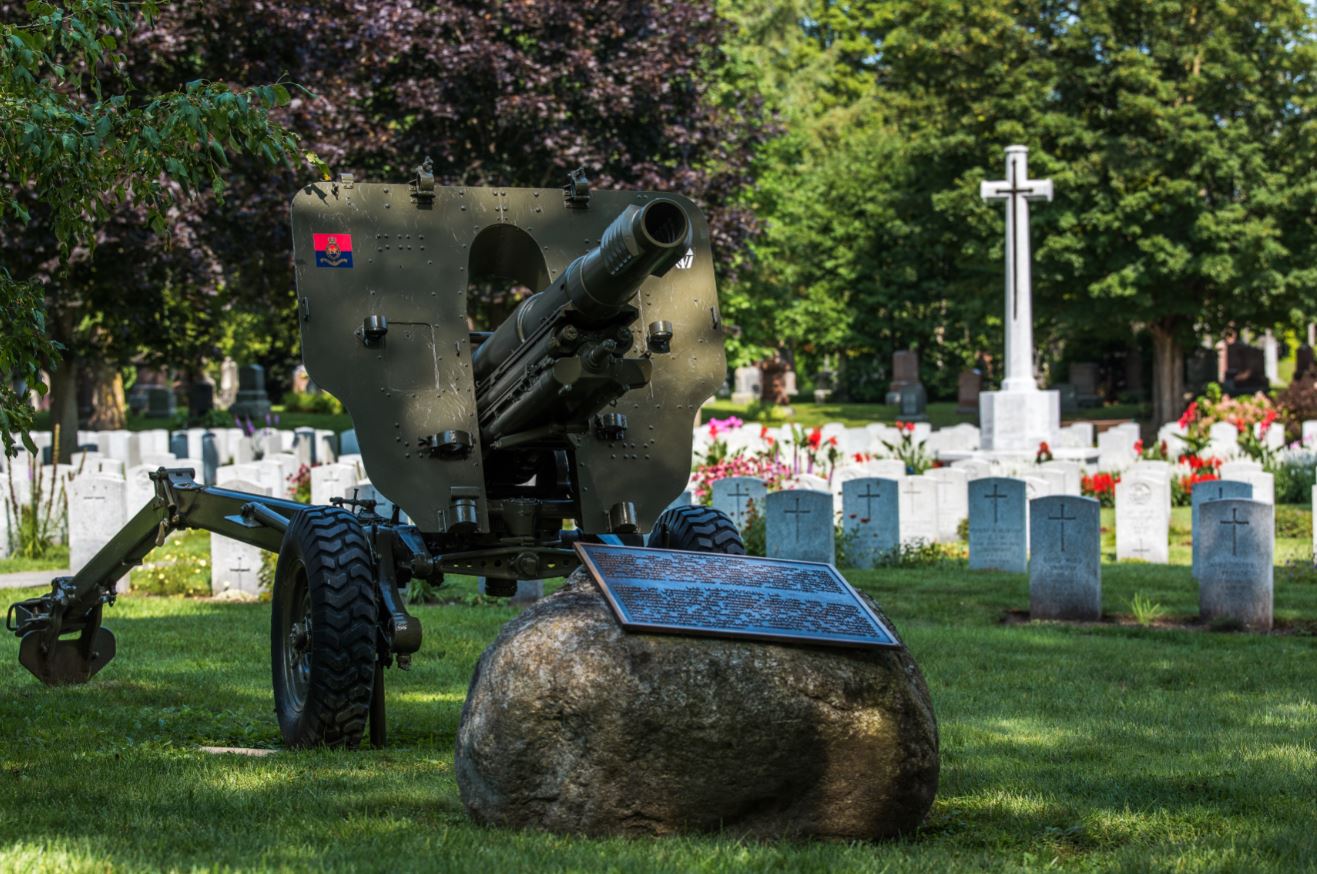